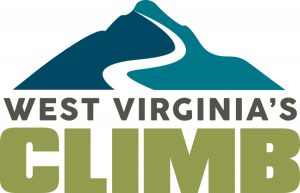 MORGANTOWN, W.Va. — West Virginia’s higher education leaders today set a goal to have 60 percent of the state’s workforce with a formal education credential beyond high school by the year 2030. That means nearly doubling the percentage of working-age West Virginians with a high-quality postsecondary credential in a little more than a decade.

“West Virginia’s Climb,” the campaign to reach this goal, was launched at the annual Student Success Summit, which attracts nearly 500 educators from across the state and is jointly sponsored by the West Virginia Higher Education Policy Commission (Commission) and the West Virginia Department of Education.

West Virginia’s Climb aims to challenge the state to gear up and accelerate the journey toward current and future workforce needs. It’s a lofty goal, but one that is attainable through awareness, college access and dedication of the appropriate resources, according to staff from the Commission and the West Virginia Community and Technical College System (CTCS).

“Our students and their parents and working-age adults today need to plan for formal education beyond high school if they hope to land a good job and create opportunities for themselves in West Virginia. This is exceptionally critical for West Virginia’s economic future,” said Carolyn Long, interim chancellor for the Commission. “Employers, especially those looking to build their businesses in our state, must have a pool of employees who have a college degree. Without these types of educated workers in West Virginia, business and industry will have to look elsewhere.”

The 60 percent “attainment goal” brings West Virginia in line with 41 other states that have officially set similar postsecondary educational attainment success measures, according to the Lumina Foundation, an independent, private foundation committed to making opportunities for learning beyond high school available to all. Lumina is supporting West Virginia’s efforts to raise awareness of the importance of a highly educated workforce for the state’s and nation’s future.

According to Lumina, only 34.7 percent of West Virginians aged 25-64 held at least a workforce-relevant certificate. And as of the fall of 2017, only 55 percent of recent West Virginia high school graduates were enrolled in college.

“Our institutions – both the two-year and four-year colleges and universities – are at the ready to support our state’s citizens in reaching this goal,” said Dr. Sarah Tucker, CTCS chancellor. “A range of programs of study are offered – from certificates to advanced degrees and everything in between – to assist West Virginians in getting the education needed to land the good, high-paying jobs that will continue to drive our state’s economic recovery.”

The highest percentage by county of working-aged certificate- and degree-holders is Monongalia at 45 percent, while the lowest is McDowell at eight percent.

“Announcements like this are very good news – both for West Virginia and for all of us who are eager to see continued progress in post-high school attainment across the country,” said Scott Jenkins, strategy director at Lumina Foundation. “We know that states play a vital role in growing our nation’s pool of talent, and goals help state and local leaders, educational institutions, and employers work from the same page of a shared agenda.”

“The postsecondary attainment goal set by West Virginia is further evidence of the state’s commitment to grow its economy by leveraging its colleges and universities. By ensuring significantly more West Virginians have the skills and credentials that are in demand in the workforce, more residents will have access to high wage jobs,” said Complete College America Senior Vice President Bruce Vandal. “CCA is proud to be working with higher education leaders in West Virginia to continue to implement and scale proven strategies, like corequisite remediation, which are already boosting graduation rates among West Virginians.”

Work on West Virginia’s attainment goal is made possible in part by a grant from the Lumina Foundation. More information about “West Virginia’s Climb,” including county-by-county information sheets, may be found at www.wvclimb.com.