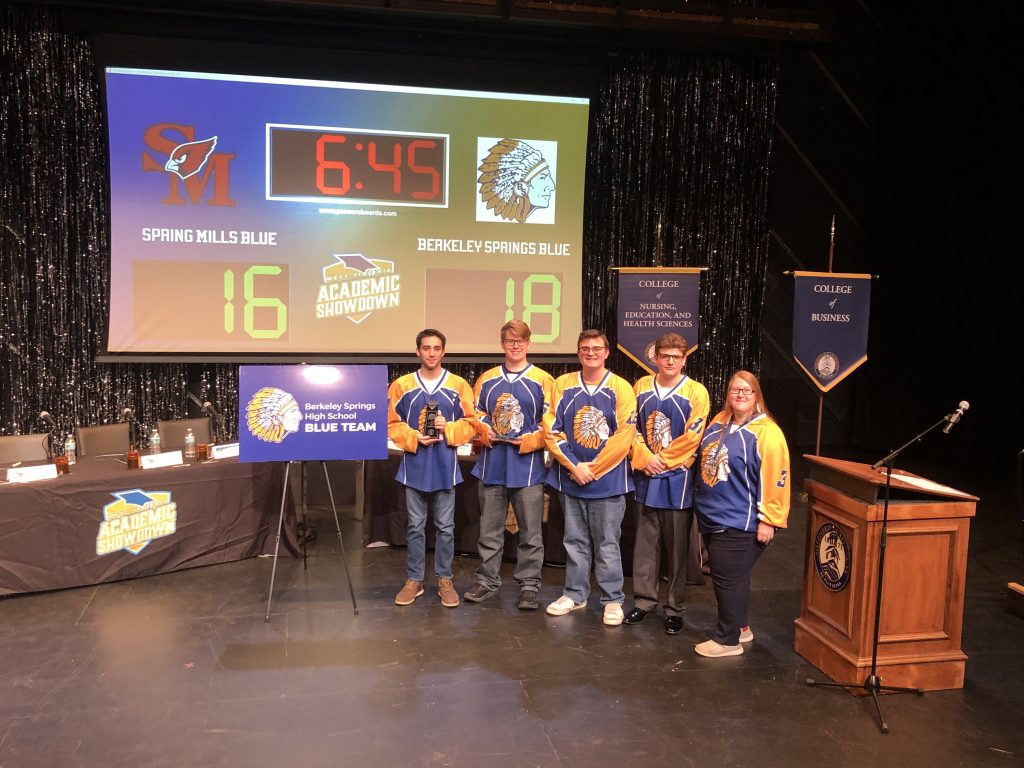 The Showdown is an academic head-to-head competition testing students’ knowledge in subject areas including math, history, sports, fine arts and more. Students in grades 9 -12 may participate, and schools may enter up to two teams to compete in the double elimination regionals. The 2023 field of competitors includes 71 teams from 40 high schools representing 26 counties – an increase of 51 teams over last year.

Learn more about the Academic Showdown on the WVDE website.